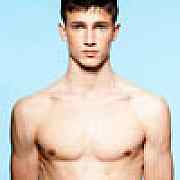 I loved the fact that this book inserted a note about the typeface it was written in. Attention to the typography is often overlooked and it was an unexpected surprise to see that much thought had been put into such an important detail. I found it interesting however that with such attention to a detail most readers would consider trivial some of the issues the book touched upon were glossed over in the way that they were. I won't bash the book, because it was overall a nice story, but I can't say that I haven't been analyzing what the motives were in including such topics if the characters involved were so unaffected by them. Maybe thats just the feminist in me though, I want justice for the issues our society seems to gloss over in the literature I read.