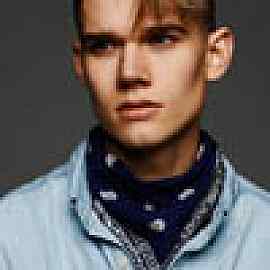 True confessions: I avoided this book. James Patterson writing for teens? Doesn't he have enough of a chokehold on fiction publishing? But then I started hearing about it from kids. Middle schoolers who were obsessed. There had to be a reason. I caved and read it. On Mr. JP's website, I read that he wrote the series for reluctant readers. I can appreciate that, because whoa, the book is nothing but plot, set out in 130-some 2-to-4 page chapters that each end with a mini cliffhanger. It is indeed hard to stop reading. You meet "the Flock," a group of six kids who have escaped from the School where they were raised by evil scientists who combined their DNA with bird DNA. Thus, the kids have wings, the ability to fly, extra-sharp vision, extra-large appetites, and some other super powers, including the ability to read minds and imitate voices. They're a ragtag little family, led by Maximum Ride (Max) who is a girl -- a sarcastic, butt-kicking girl at that. (I love a good girl hero!) Max tries to keep everyone together and safe as they avoid the scientists, the Erasers (wolf-morphing mutant henchmen of the scientists), try to discover their origins (were they born in test tubes or from human parents?), and somehow, are called upon to save the world. I would have wished for more character development and less hokey, non-kid-like dialogue ("h-e-double toothpicks," "son of a gun," "quelle coinkydink"). But no teens I've talked to have complained about these things, so what do I know? The website and marketing are pretty aggressive, with a movie in the works and a lot of obsessed fans on the message board. There is even a blog written by a character (Fang), which I think is a super-interesting idea. The kids are writing comments as if Fang is a real person. It's not just Dear Mr. Henshaw these days! Anyway, I'd describe this as The Boxcar Children crossed with the X-Men, appealing to boys and girls alike who like orphan stories, mutants, lots of fighting...and really, who hasn't dreamed of being able to fly?