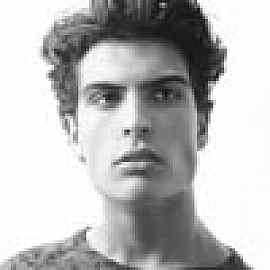 It's hard to create the perfect book---maybe even impossible, but Graceling does a pretty damn good job at attempting it. With it's enigmatic characters, spellbinding prose, and phenomenal world-building, I was completely enraptured by Cashore's whirlwind of a tale! -- characters Everyone fears the Graced, but Katsa, with one eye blue and one eye green has the most fearsome Grace of them all---she can kill an armed man with her bare hands. Yet, this character that kills is far more complicated and complex than that. She can choose to end one's life, however given the choice, she'd rather not. Perhaps she's not one of those characters that are secretly fragile and in emotional turmoil on the inside, but she's definitely not what everyone suspects her to be---a monster. She's brave yet kind, strong but fair and she'd rather face the wrath of an entire army and a King's fury than aim an arrow at an innocent man. With a huge heart and a voice that is just so deeply evocative, Katsa is a character that I fell in love with at the start and was incredibly sad to part with at the end! But truly, Katsa wasn't the only character that left a deep imprint on me. We have Po, the Graced man who can equal Katsa in strength, the only man to ever lay a finger on her without dying himself. Po is certainly one of the better love interests out there---funny, kind, fiercely devoted to those he loves, however he also carries a heavy burden, for which no-one knows about. His relationship with Katsa was believable---believable because, in the face of so much insta-love growing in YA these days, this was one that grew steadily on the basis of friendship. Yet, there's also not one character I could name that wasn't entirely convincing or fleshed out to the brim! There's Bitterblue, the young Princess of Monsea whose brave front in the face of danger was always admirable, and Raffin, who's peculiar experiments never failed to put a smile to my face---plus a dozen more characters I could name! -- plot Katsa's quest to solve the mystery of Po's kidnapped grandfather is like an enchanting fairytale, one with a little less glimmer and glam of course. In a finely built world where Kings are selfish, greedy, merciless, and at war with each other, the ending to this fairytale might be a little different from your typical happily ever after, however that doesn't dim the fact that Cashore builds her story to it's finest point! The pacing is perfect, sparing just the right amount of action to keep readers satisfied, but also managing to balance the enticing romance, mysterious plot, and isolated survival through mountains all into one un-put-a-downable journey through the Seven Kingdoms. You kind of have to laugh at the tagline of the UK/AU/NZ cover---"[This] exquisitely drawn romance ... will shake the thirst of Twilight fans!" For perhaps they got the 'exquisitely drawn romance' part right, but Twilight is hardly the comparison Graceling deserves. It held me captive with the magic and Graces we see in an extraordinary new fantasy world and it's not easy to find yourself bored or drifting off to sleep---everything builds up to something else, and then to something bigger after that! -- in a nutshell Easily one of my favorite reads of 2012, or rather---ever, Graceling is a book for everyone, with it's gripping, unpredictable plot, amazing array of realistic characters and world-building that still continues to astound me. If you've not yet read this, I highly recommend it and hopefully, for those who have read it, you'll be re-reading this soon just to remember how incredible Cashore's writing is! delightfully trashy, but don't bother picking up anything else by philippa gregory. this was given to me by a friend in january when i was hospitalized for an emergency appendectomy. i got about halfway through and then was too busy to read for several months, until i was saved by jury duty and finally able to finish.