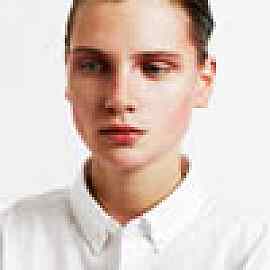 All right, let’s get it out of the way: “Inconceivable!”; “You keep using that word-“; “My name is Inigo Montoya, you killed my father”; “MAWWAIGE”; “As you wish.” Good? Good. I do have to admit my bias here—I grew up with the movie, so when I found out there was a book (this was years ago, for the record), I had to go out and read it. And this is one of those cases where the book and the movie are fairly close to each other in content. But I do love the book. Mostly because of the aforementioned reason, and also because I’m a sucker for fairy tales and retellings and lighthearted jabs at them. This is right up my alley. The satirical fairy tale bits are wonderful, with the little asides about how fantasy history works (being before Europe, but after America and after Paris. Just roll with it) and the different tropes that get rolled out in the course of the book. Hell, I could sit here all day ripping apart characters and the archetypes they fulfill—let’s be honest, Buttercup does absolutely nothing and I could go on about that for a while. It’s fun, and the novel knows that it’s supposed to be fun. Where I really recommend this book, especially if you can quote the movie backwards and forwards and all other sorts of ways, is the expansion. There’s more backstory—we get the details of Inigo and Fezzik’s training, how Humperdinck found Buttercup in the first place, and some of the history between Guilder and Florin that’s never really touched on. And there’s so many sequences that really bring a new level to the book. There was a whole big to-do on Twitter recently about the possibility of a remake; I did think for two seconds, “Well, it’d be awesome if we got to see the Zoo of Death in action.” (Or when I don’t cower underneath my arms when it would happen.) I liked the fleshed-out story, and I even like the tantalizing bit of Buttercup’s Baby at the end. The story’s satisfying enough on its own, but I love having more of it to eat up. There is one flaw to this—I do not like Goldman’s asides and introductions. I do realize that it’s largely fictional, but his ‘present-day’ lead-in to the story comes off as smug and he feels like an asshole to me. The ‘flashbacks’ of Goldman’s father reading to him were fine (although, again, that might be more due to the fact that those are reminiscent of the film) as well as some of the satirical stuff Morgenstern allegedly wrote, but when he goes off about himself or the fictionalized family he creates, I kind of want to punch Goldman. Fortunately, most of these parts weren’t in the text too much, so I tend to skim through the intro. As lampshaded in the book, you’ve probably seen the movie. And if you have and haven’t read this, you have to. Yes, you’re going to know nearly every good line or moment and probably won’t be able to divorce the actors from the characters, but it’s still an enjoyable ride. (“Have fun storming the castle!” “Think it’ll work?” “It’ll take a miracle. Buh-bye!”)* *Couldn’t resist.