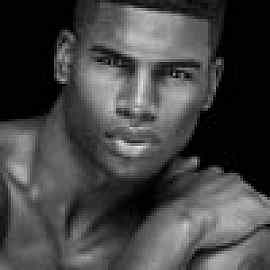 Honestly, I felt this was an unimpressive literary attempt. Aptly titled, however, because despite the efforts of the characters to connect with one another, the overwhelming feeling of this book is one of loneliness. McCullers is stylistically consistent, which is a feat worth noting, but the story is slow, unmoving and nearly depressing. I would give this book so many more than 5 stars! Best example of seeing a situation from another person's shoes! Atticus O'Sullivan is older than he looks. By about two millennia. But that hasn't stopped him from trying to lead a 'normal' life in Tempe Arizona. Unfortunately, when a human, and a Druid no less, has lived for 2000+ years one is bound to make some enemies, and his archenemy is none other than the Irish god of love Aenghus Óg. For a god of love he's actually a pretty nasty guy. A while back—a long while back—Attitus got his hands on the magical sword Fragarach from one of Aenghus' military generals. The god has been trying to get it back ever since; he's been sending his minions to do his dirty work, and Atticus has been doing a pretty good job avoiding trouble. But now Aenghus is finally coming to finish the job himself. The first thing you'll notice in HOUNDED by Kevin Hearne is Atticus' first person narrative: it's quick-witted, clever, and (this is important) not cliché. Life can get a little crazy for Atticus, with gods trying to kill him, but fortunately he's got a sense of humor. His repartee with his Irish wolfhound Oberon was pretty hilarious, and it proves to be an interesting relationship beyond sidekick/comic relief. The humor was a little too nerdy sometimes, with all of its pop culture references mixed with mythology and old jargon, but that's a minor complaint. The first couple of pages sets up our hero Atticus and the kind of guy he is...and then leaps right into the story. He's attacked outside his store by a group of Fae sent by Aenghus. We get to see what this Druid can do, what his brand of magic means, and how he uses it to preserve his life. From there on out the tightly written plot flows quickly, moving forward without a single hiccup. He uses his magic in realistic ways, with its own limits. Hearne handles that little bit of world-building rather well, considering the short amount of time he has to explain it. He's done his homework and integrates it fluidly into a compelling story. This is present-day U.S., but where there are vampires, werewolves, and witches—and where gods of every pantheon exist (if I had to guess an influence, it would be Gaiman's AMERICAN GODS). Some of them still dabble in human affairs. Some of them even have a great deal of power at their disposal. Take for instance the Morrigan, the Celtic Chooser of the Slain and goddess of war, who's made a deal with Atticus to let him live as long as he continues to irk Aenghus, whom she doesn't much like. In order for Atticus to survive he has to know not only how to fight and use his magic, but also how to keep as many people on his side as possible, even if it means schmoozing. A guy doesn't get as old as he does by being stupid. I finished the first page with a smile on my face. And I was a grinning fool clear until page 289 mere hours later. Urban fantasy lovers will take great delight in Hearne's new world of magic, gods, and mayhem. Yep, druids are cool.