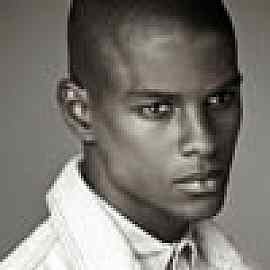 I reread this, because it was a book club selection. The first time I read this I liked it, but was a little disappointed, as I already loved Wharton and had heard so much from people who considered this their favorite of her books, because of the outrageous, scandalous, fun heroine, who you loved to hate, or some such. The commentary in the introduction of the version one of my friends brought to book club had similar comments, stressing how Undine Spragg is so fascinating that however badly she acts, you can't help but follow her and root for her. Reading it this time, I found that I appreciated it more than I did the first time, but not because I've come around to what seems to be the conventional wisdom about Undine Spragg. She's not interesting at all, and represents a kind of vacancy in the center of the book, whereas others' (most predominently Ralph and at the very end Paul) thoughts about her and what she represents are far more intriguing. But that doesn't make the book uninteresting at all -- the notion of what drives Undine, how she forms her ideas, such as they are (the media is a significant presence), and why she is such a vacancy (the comments that Bowen makes about women and "the custom of the country" come in here, and it's notable that ever though the book is set later, the lack of women characters who can really come to a meeting of minds with someone like Ralph is even more extreme than in Age of Innocent, but I think the comments that Chelles makes later about America and her Apex background is more significant). Anyway, I would highly recommend this book and found it beautifully written and stylistically interesting in ways not gone into in these comments, but I think I'm just never going to love it the way some others do, and the way I do some of her other books. This was more of a 1.5 in rating I guess. While I guess it was lustful enough there wasn't any sort of plot at all, like literally none. I hated the dialog especially from Alice. As for the 'dragon' I actually laughed, which I'm fairly sure this isn't meant to be humorous but I found all the dialog relating to that was just plain stupid. After reading the whole club scene I didn't see a point the end at all either. I'm glad this was free to be honest.