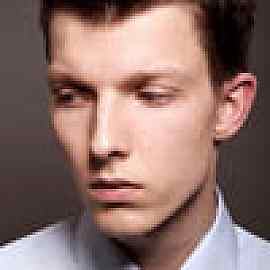 WARNING: As this is the third book in a trilogy there are unavoidable spoilers in the synopsis paragraph below. The rest of the review is spoiler-free. Impossible as it seems, Sam and Grace’s roles have now reversed: Sam is the one left alone while Grace is at the mercy of the weather. In the endless waiting for Grace to return to herself, Sam is left restless, aimlessly wandering around Beck’s house and longing to be anywhere but there. Meanwhile, Cole remains his untidy self. When he’s not leaving a trail of disorder you’ll find him leaving Isabel yet another voice message. But while Isabel can’t stay angry forever, Cole turns his unrelenting nature to finding a cure, because Tom Culpepper will stop at nothing to rid Mercy Falls of the wolf problem and until then, no one is safe. Naturally I’ve been looking forward to reading Forever since last year when I read the last cliffhanging page of Linger . When I thought Shiver ended so perfectly, Linger surprised me. I loved the addition of gray characters Isabel and Cole and I was taken aback at all the unimagined places Sam and Grace’s story went. As I’ve come to expect, the subtle, quiet storytelling is refreshing. The small, simple moments between Sam and Grace speak loudly in their restraint and felt true-to-life. Cole continued to be a favorite of mine. His brazen disregard for any rules or appearances or what is considered normal is surprisingly endearing. I would like to be that comfortable in my own skin. As I was hoping there are some sweet moments between Sam and Grace and Isabel and Cole that made me sigh. One exchange (of several): He started to dance. And all at once, because Cole was dancing, I was dancing. And this Cole was even more persuasive than the last one. This was everything about Cole's smile made into a real thing, a physical object made out of his hands looped around me, and his long body pushed up against mine. I loved to dance, but I'd always been aware that I was dancing, aware of what my body was doing. Now, with this music thumping and Cole dancing with me, everything became invisible but the music. I was invisible. My hips were the booming bass. My hands on Cole were the wails of the synthesizer. My body was nothing but the hard, pulsing beat of the track. My thoughts were flashes in between the downbeats. beat: my hand pressed on Cole's stomach beat: our hips crushed together beat: Cole's laugh beat: we were one person Even knowing that Cole was good at this because it was what he did didn't make it any less of an amazing thing. Plus, he wasn't trying to be amazing without me--every move of his body was to make us move together. There was no ego, just the music and our bodies. When the track ended, Cole stepped back, out of breath, half a smile on his face. I couldn't see how he could stop. I wanted to dance until I couldn't stand up. I wanted to crush our bodies against each other until there was no pulling them apart. "You're an addiction," I told him. "You should know." I love the imagery and feeling evoked in such scenes. Besides those complicated exchanges between Isabel and Cole, we learn more about Beck and Sam’s background to intriguing results. Not black or white, I appreciated how deftly this was handled. While there were many scenes and characters I enjoyed, something felt a bit off about Forever . A few chapters in I noticed the changing point-of-view, something usually smooth and unnoticeable, felt disjointed but that may have been because the pace was slower and I wasn’t urgently reading on as I have in the previous two books. It’s like I knew, contrary to how serious the conflicts were made out to be, that everything would work out with ease. In the end the pace picked up climatically and I couldn’t turn the pages fast enough. But then the ending came all too quickly, failing to offer the declarations nor the degree of resolution I needed for the characters. It seemed to fit the overall bittersweet, subdued tone of the series however and Maggie Stiefvater’s writing remains as lovely as ever. I cannot wait to get my hands on a copy of her next novel The Scorpio Races , due out in October. Gave up partway through because it was due back at the library and I hadn't been gripped yet. I was only a few chapters in, but the general theme seemed to be "Steampunk: So Cool! Isn't Steampunk Cool?" and I wanted more substance, less detailed external-gaze description of the protagonist. Plus the plot was taking ages to pick up. That said, if I still had it lying around, I'd probably finish it.